A friend on social media posted this the other day: “I know someone that bought a tract home in Orange County (CA) for ~$650,000 in 2017.  They refinanced last fall at an appraised value of $1.1M.  The house across the street from them, with the same floor plan, just sold for $1.5M!”

As Willy Wonka said, “Bubbles, bubbles everywhere, but not a drop to drink.”

But … is housing in ANOTHER bubble like the one that happened leading up to the Great Financial Crisis?

Housing prices, like most everything financial, are driven by supply and demand.  Let’s start with supply. Today, the supply of existing homes for sale is at the lowest level it has been since the 1990s. It’s not because there are people buying four or five houses; there are no lending standards like what happened in the early-mid 2000s.  It’s because homebuilders have been extremely cautious since they built so many homes during the last bubble and were left holding the bag in many instances.  In fact, building permits are down ~25% and housing starts are down nearly 40% from the peak in 2006-07.

A second “issue” on the supply side is due to current lending standards for home loan approval.  Before 2008, the average FICO score to be approved for a mortgage was in the 700-720 range – not to mention loans were made to buyers who had no job history or, in some cases, no income.  Now the average FICO score necessary is in the 750-760 range.  This means the supply of buyers is lower because many can’t qualify for a loan at all. 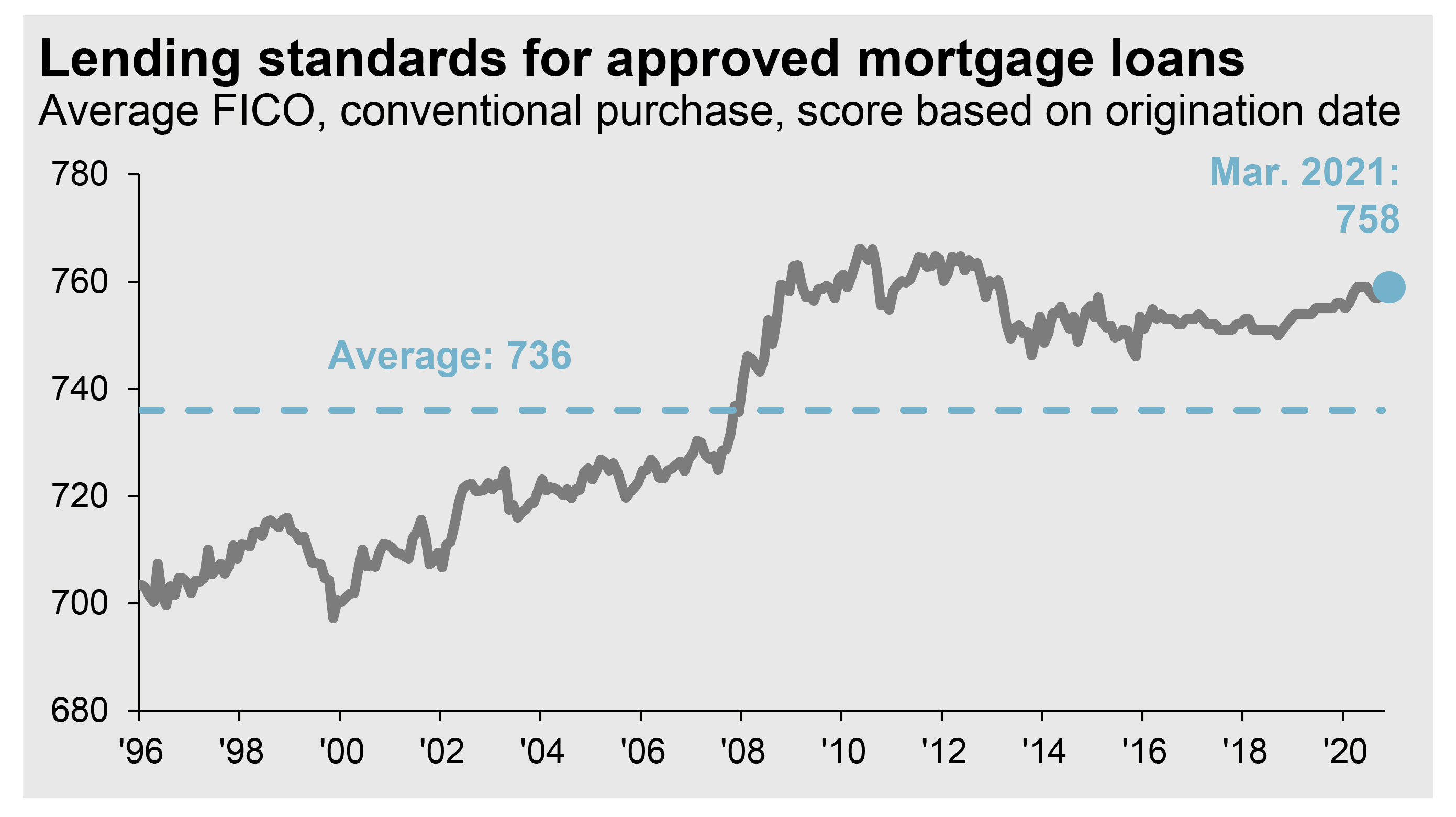 On the other side of the equation, we have multiple fronts causing a spike in demand.  First, the pandemic has led to a shift in where people want to live.  Remote work and the ability to “spread out” caused an exodus from cities to suburban areas.  If you can’t enjoy the amenities of living in a big city (dining, entertainment, etc.) it makes sense to go to a more affordable area.

Secondly, the biggest demographic group in the US (Millennials, born between 1981-1996) is just starting to settle into adulthood.  I’m 38 and I definitely got a much later start than my parents did.  Many of my friends were “late-bloomers” as well.  Whether it was because of student loans, or the Great Financial Crisis, or just wanting to “be a kid” a bit longer, the Millennials are all moving into a new stage of life.  I remember thinking I would never be a homeowner after losing my job in 2008.  But life has a way of changing what you want.  I married Kelsey and we got pregnant in pretty rapid succession, so moving from our apartment to a bigger house made a lot of sense.  Interest rates were lower than they’d been in years, so we bought instead of renting.  Since then, interest rates have continued to fall, so even though home prices are much higher, the affordability of a monthly mortgage payment is at historic lows. 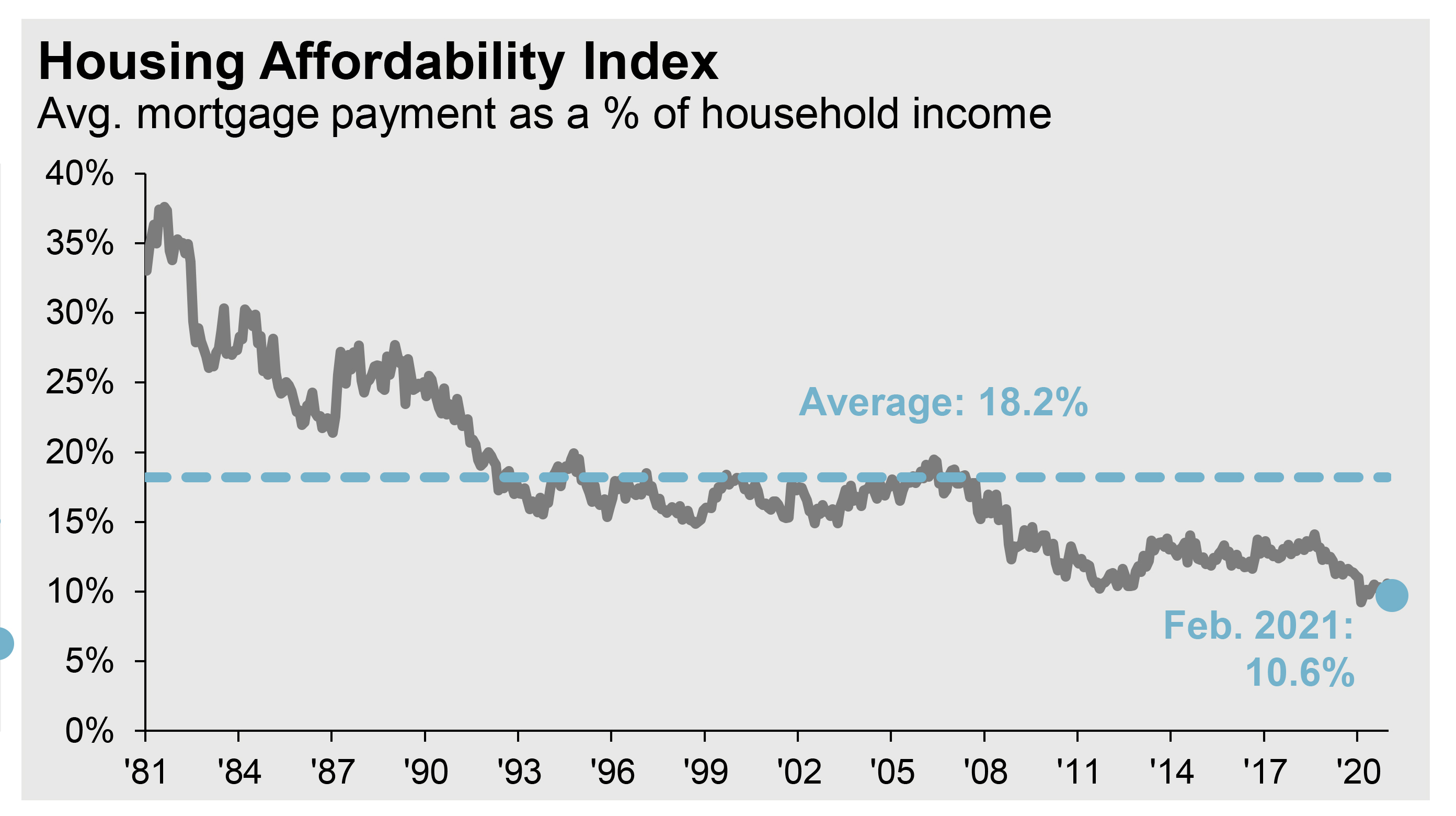 This demographic shift could be the driving force of the economy for the next decade or more.

Just because prices are going up does not make something a “bubble.”  Sometimes, the right combination of supply and demand factors can make prices rise for good reasons.  People in the market for a new home may not like those reasons, but it’s not the same thing as the speculation we saw before the Great Financial Crisis.

Could this real estate market continue to run as hot as it’s been for the past year and become a bubble in the future?  Sure.  But it’s not one right now.