PETS — they fill our homes and lives with their unconditional affection. We plan vacations and trips around them to make sure they're taken care of, we spent billions of dollars annually on their food & vet bills, and the internet is filled with videos of cats doing outrageous things. Yet the finances behind pet ownership are less frequently discussed. In observance of National Adopt a Cat Month, here are some financial insights of owning a pet and considerations. I'll conclude with some actionable good deeds that make a real difference.

More than half of us own a pet — 67% of US households owned some type of pet in 2020 according to a survey conducted by the American Pet Products Association (APPA). That's 85 million families owning a total of 136 million pets. Despite COVID, the financial hardship that came with it 30% of Americans adopted a pet, according to the Insurance Research Council’s October 2020 report and pet-related spending hit a record high, surpassing $103 billion.

THE ISSUE WITH HIGH ADOPTION RATES

Stress relief and companionship are among the most cited reasons for pet ownership, so it's no surprise that adoption rates were so high during COVID as many workers transitioned to working from home. As things get back to normal and businesses reopen there's a risk that some of these recently adopted pets will be abandoned — much like animal rescue shelters see an increase in abandoned pets around January, following an increase in adoptions in December. Pet ownership is a long-term responsibility and not a short-term whim — plan wisely.

THE COST OF PET OWNERSHIP

High ownership costs, economic hardship, and loss of interest are some of the top reasons that people abandon their pets (the other two are allergies and relocation). That's unfortunate because some of those can be avoided.

However, not all pets are created equal. 80% of pets in the US are either dog (46%) or cat (31%), the rest are birds, fish, and reptiles. Dogs are clearly the preferred pet but cost more annually. If money is tight, you might be better off owning a cat - cats are almost $500/yr (40%) less expensive than dogs. 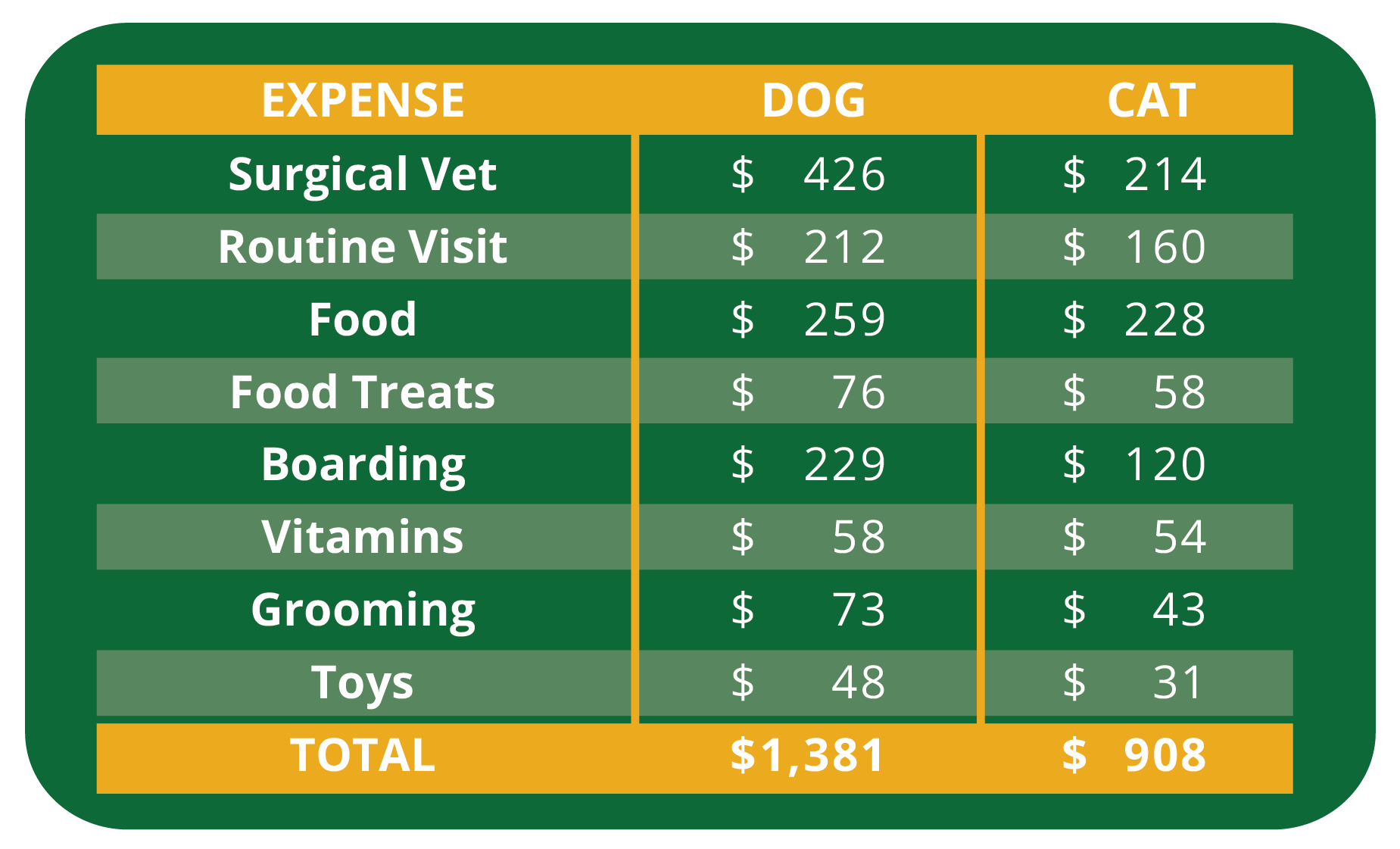 Life expectancy should also be considered. Depending on size, the average life expectancy for a dog is 10 years with smaller breeds living closer to thirteen years and larger breeds eight. Cats are cheaper but live on average fifteen years (assuming they're kept indoors). The total costs throughout the pets' life are nearly identical.

WHAT ABOUT PET INSURANCE?

Pet medical expenses (particularly surgeries) are often the culprit of abandonment. Some pets are healthier than others and that's hard to plan around. Currently, only about 2.1% of pets are insured. But pet insurance has been getting more popular — total gross written premiums in 2020 were nearly $2 billion, compared to $1.5 billion in 2019 (27.5% higher). The annual growth rate for the last 5 years has been 24%, and an estimated 3.1 million pets were insured by the end of 2020.

Pet insurance typically covers accidents and illnesses such as cancer, infections, digestive problems, and other illnesses. Dogs were the main beneficiaries of these policies — 83% of insured pets were canines. For them, the average annual premiums were $594. Interestingly, cat premiums were 40% less expensive than their dog counterparts, reflecting the 40% difference in the cost of ownership.

Insurance for dogs makes sense. Most annual expenses for dogs vs. cats are similar with 'surgical' costs being an exception — 100% higher for dogs. This is especially true for larger dogs, as they tend to have higher surgery costs, resulting in higher annual premiums but for a shorter period (life expectancy). There are 20 large pet insurance companies to choose from & if the growth rate continues insurance may be cheaper (economies of scale).

Losing a pet is a terrible feeling — I speak from experience — luckily, Petfinder (and other similar platforms like Facebook Groups) are digital bulletin boards that broker shelters, owners, and lost pets. If you come across a wandering animal and suspect it to be somebody's pet — be a good Samaritan, take a picture and share the whereabouts that you saw it. This is also a great resource for those trying to find a missing pet. Animal shelters often look at those websites when someone brings in a wandering animal. 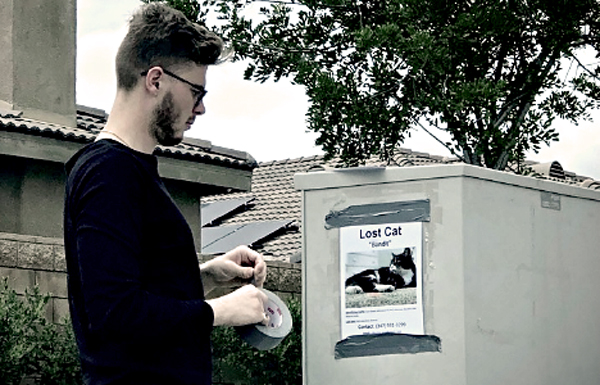 Let your legacy help pets in need. Most investment accounts (i.e., 401k, IRA, etc.) have beneficiaries listed, those who will receive your estate upon your passing — it's common to list a spouse as the single primary beneficiary and children/family members as contingent. Consider listing rescues/non-profits as a beneficiary. Beneficiaries are listed in percentages, making it easy to leave a small piece of the pie to help pets in need while leaving most of it to your kin. Here's a list of popular non-profits throughout the nation:

Save on taxes! Who doesn't like paying less in taxes while doing good?! Charitable gifting of required minimum distributions from pre-tax investment accounts allows you to gift up to $100,000 annually to an organization(s) of your choice. This is usually (but not necessarily) applicable to those 72+ years old.

PRACTICE WHAT YOU PREACH
Meet Achilles . . .

I found this little guy alone at night. I gave him food, water, and a place to stay. When I found out the shelters were full, I gave him a home. I'd encourage anyone to do the same. ~ Igor Nikachin